Our commitment to promoting dignity, opportunity, and hope in the lives of women and girls around the world make these two days extra special to us at World Hope International (WHI). We especially take pride this week in our anti-trafficking initiatives and our partnerships with survivors of human trafficking.

According to the United Nations, “Human Trafficking is the recruitment, transportation, transfer, harboring or receipt of people through force, fraud or deception, with the aim of exploiting them for profit. Men, women and children of all ages and from all backgrounds can become victims of this crime, which occurs in every region of the world. The traffickers often use violence or fraudulent employment agencies and fake promises of education and job opportunities to trick and coerce their victims.”

Click below to read the latest report on human trafficking around the world.

Let’s take time today to reflect on these stories of brave women and girls in West Africa who survived human trafficking and found new freedom at our Recovery Centre. It is important to hear their stories of recovery and freedom as we continue our work to care for survivors and end human trafficking in all its forms. 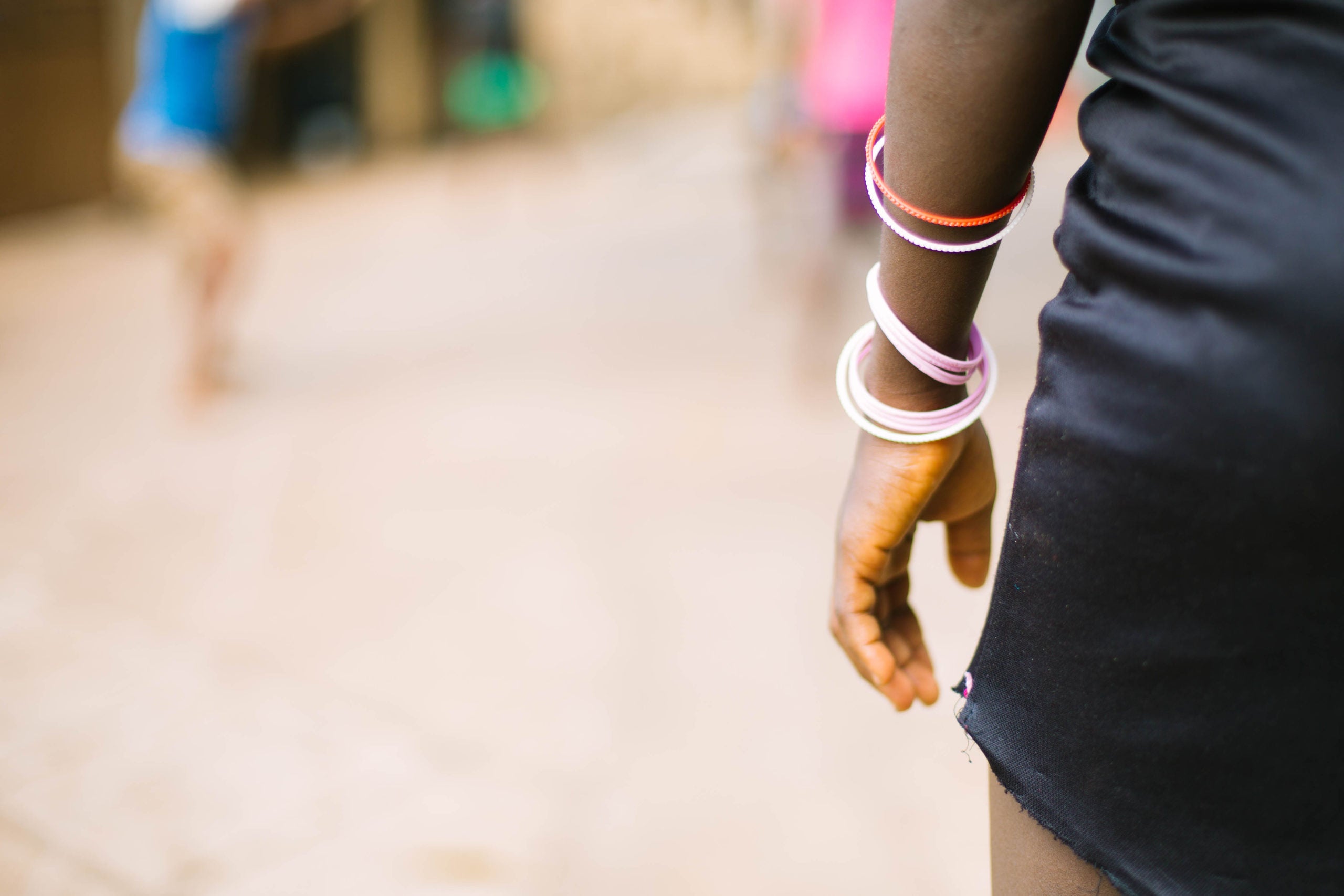 One survivor shared with us how she was almost forced into an international marriage–to a man she had never met. In some regions of the world it is fairly common for parents to arrange a marriage for their children. Sometimes the children have not met their betrothed or fully consented to the intended union.

Amie (name fabricated for protection purposes), a 15 year old Sierra Leonean girl, is from a rural area where she grew up with her biological parents and siblings. Recently, she had gone to live with her father’s sister in a bigger town in order to attend high school. She happily attended school there and would only go home to visit her family when school was not in session.

When Amie last came home from school, after being away for almost an entire year, she was excited to find her father waiting to greet her. However, the news he had was not what Amie wanted to hear. He said that she was to be married to a man who lived in a nearby West African country and that Amie must travel with a woman they called “Aunty” to meet her new husband. Amie tried to protest but her father remained adamant that she would travel and be married as the marriage rites had already been completed by the Aunty.

In order to leave Sierra Leone to be married, Amie’s travel documents were fabricated to say she was in her 20s. After that was done, she was sent on her way with the Aunty and a group of other girls heading for a similar fate.

We celebrate that when Amie and the group reached the border, they were intercepted by the border police due to discrepancies in their documents and what the Aunty was saying. Amie and the other survivors were immediately handed over by the border police to the Ministry of Labour. WHI then was able to assess and accept Amie and a few other girls into our Recovery Centre, while the other survivors were admitted to partner shelters! Amie has shared that she is so, “Happy this journey did not materialize because I can go continue my education.”

Two survivors; 10 and 12 year old sisters, shared with us how they survived being trafficked into child labor and domestic servitude. Sadly, their story is not an uncommon one among rural families. Many parents just want to provide their children with the opportunity for education. Traffickers prey on this desire and will promise the parents that the children are going to live with them in the bigger towns so they can attend good schools. However, typically these promises are hollow and the children end up living as servants to the traffickers and their clients. Sometimes, parents are fully aware of the fate that awaits their children, but they may need money or resources so badly they send the children away regardless. 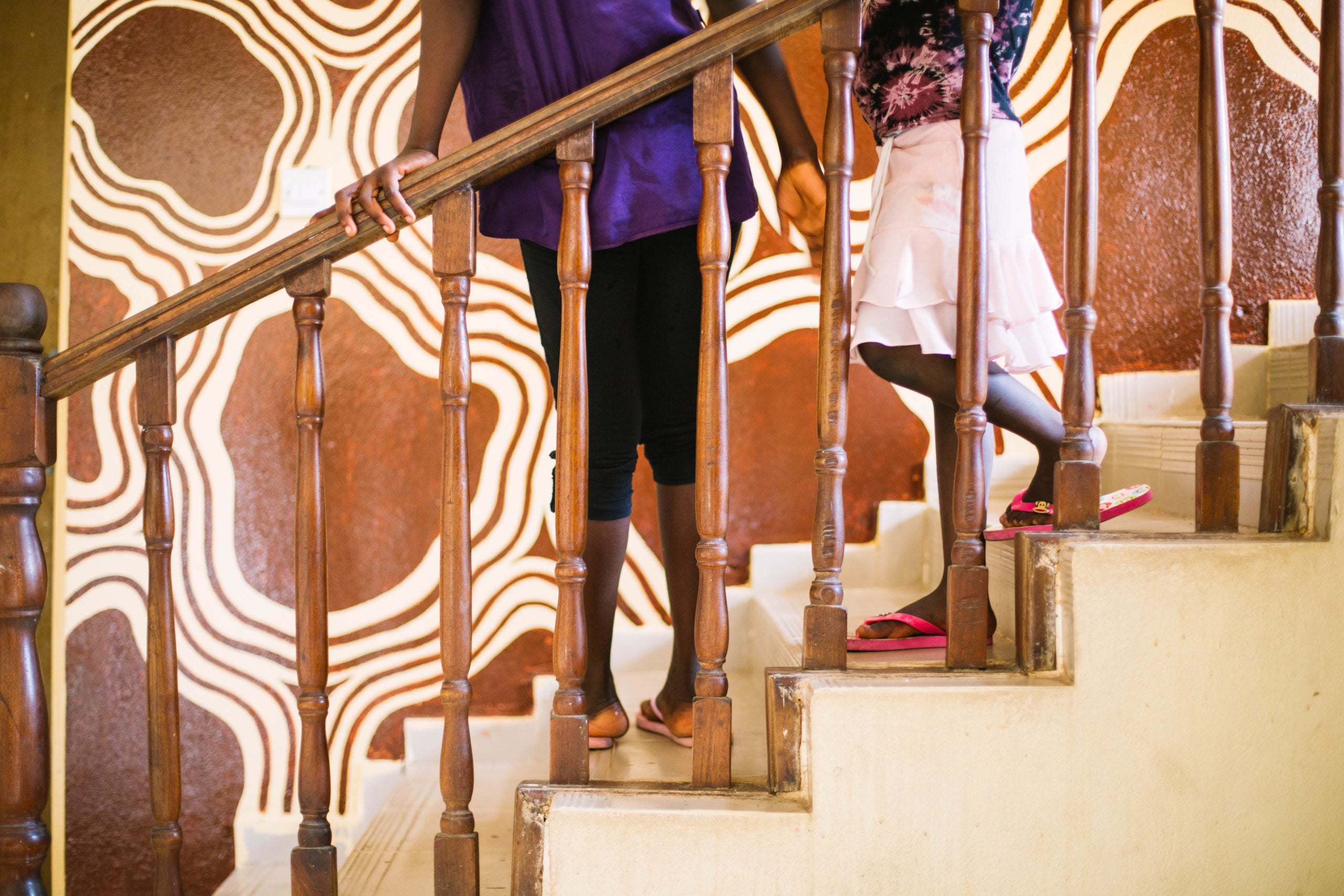 Binta and Dawa (names fabricated for protection purposes), lived with their parents in a rural part of Sierra Leone. One day, they met a lady who was introduced to them as an “Aunty” who lived in Freetown, the main city in Sierra Leone. Their parents said they would be going to live with Aunty and attend school in Freetown. Binta and Dawa were sad to leave their parents, but they were excited to attend school in the city.

In Freetown, the girls said they were treated nicely for the first week. After the initial week there, the Aunty started to give them many tasks to do. She made them go collect water every day at 5am, do chores, and serve food in a tent that was used as the Aunty’s restaurant.

About three weeks into living in Freetown, the girls built up the courage to ask about attending school. The Aunty became very angry with them and started yelling at them. She said that they were not there to attend school but to do chores and help her find money!

After doing the Aunty’s bidding for a while and being denied education, the girls decided they needed to run away. They did not know the area well, but one day when they went to fetch water they purposely got lost in the crowds of people. They did not know where they had ended up and it began to get late and grow dark. A man found them wandering the streets and after asking them questions about how they ended up in Freetown, he took them to a nearby police station.

The police quickly contacted WHI and a preliminary assessment was made. Binta and Dawa were admitted to the Recovery Centre to recover and have access to trauma counseling. The survivors’ parents were found and are now in contact with them. The Aunty was also found and promptly arrested. The girls said they, “Really want to continue staying here at the center, it feels so good…we were afraid that something bad would happen to us…but now we feel safe.”

*Note: For protection purposes, all images featured above are unrelated to the survivors whose stories were shared in this article.

Learn about the protection work being done around the world through World Hope projects that include the “three P’s,” or explore some of World Hope’s social ventures, which help to create safe opportunities for employment and a better future.

You can also make a gift to The Hope Fund, helping us make a difference around the world when and where it matters.